St Matthew’s church was founded in 1704 primarily to serve the growing population of Ringsend. which was then the principal port of Dublin. The port was busy with sailors, fishermen and customs officials, but the nearest church was in Donnybrook and the route to Donnybrook was regularly cut off by high tides and marshy ground.

The Church of Ireland Archbishop of Dublin, Dr William King, petitioned the government to pay for a church in the area and this was agreed. Because of Parliament’s involvement it was called the Royal Chapel of St Matthew and this title remained until 1871.

When the church was built it was on the coastline but land reclamation over the last three centuries has moved it further inland. The original church was built to a design by Sir Christopher Wren which was used for several other churches of the period. It was smaller than it is now, basically a rectangle with no transepts and the back wall was just beyond where the transepts now start.

The Church had a gallery all around, with an organ and choir in the balcony above the entrance porch, facing the altar. The tower, which housed the bell, was also lower than it is now but in 1713, at the request of Dublin Corporation, the tower was raised to its present height and a small pyramidal steeple and weathervane was added, to act as a navigation aid for ships coming along this dangerous coastline. The steeple was removed after it was damaged in a storm in 1839.

For the first fifteen years the church was serviced by ministers from Donnybrook church but in 1723, Rev John Bohereau (or Burrough) was appointed as the first minister. He died three years later and is buried in the churchyard.

In 1832, a building was erected beside the church, on Church Road, which housed a day school, a Sunday school, an infants’ school, a dispensary with a physician and a shop for supplying the poor with necessities at reduced prices. It was demolished in the 1960s.

In 1871, the Church of Ireland was disestablished, that is, it ceased to be the state church and became independent of the government. St Matthew’s thus lost its “Royal Chapel” status and became a normal parish church with its own vestry, or self- governing body of lay people.

Reverend Stoney, a curate from Donnybrook, was appointed as the first rector of the new Parish and he quickly set about making changes. He removed the high walls which had surrounded the church and closed the church vaults and the graveyard which was already full and in 1878 began a building programme which created the church as it is today.

The main body of the church was nearly doubled in length and new transepts were added. The galleries were taken down and the organ moved to the new choir. The changes increased the capacity of the church from 350 to over 600. He also ended the practice of families being allowed to buy pews.

The mosaic tiling on the floor was completed in 1891 and the stained-glass windows were installed between 1890 and 1899. Two of them were donated by Reverend Stoney’s family and one, depicting Christ stilling the waves, was donated by the church warden, Sir Robert Jackson, in memory of his son, a ship’s surgeon, who was washed overboard in a gale off the Canary Islands. 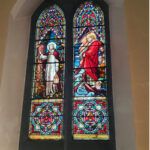 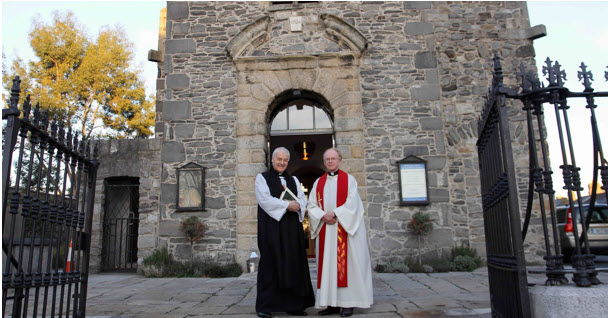 In the 1970s a new parish hall was created within the church by partitioning part of the nave. This involved sealing the front doors, turning the porch into a kitchen and using an entrance to the side, but in 2018 the porch was reinstated, the front doors were renovated and opened once again, making the church as it is today – open and welcoming to all.

St Matthew’s began as beacon to help navigate these shores and it remains a beacon for those who are trying to navigate through life. Come in and visit!

We use cookies to ensure that we give you the best experience on our website. If you continue to use this site we will assume that you are happy with it.Ok